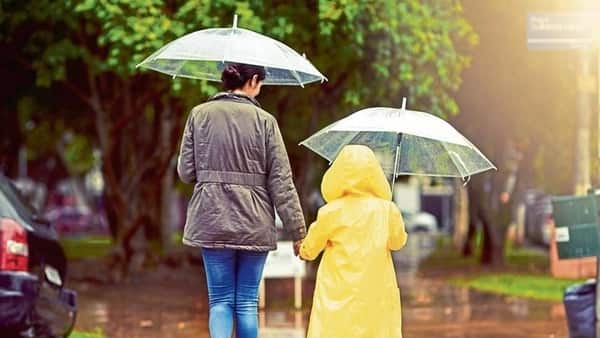 Though the monsoon is slow-paced this year, it’s just a matter of time before it covers the entire country. While that will be a welcome relief from the scorching heat, especially for northern India, like every year, the monsoon may also bring with it a host of waterborne diseases and viral infections, besides posing the risk of damage to assets in the event of heavy rains or a flood.

General insurance companies usually see an uptick in claims from their policyholders during the monsoon. “A large chunk of these claims are for motor insurance, that too specifically for damage to vehicles’ engines. The other set of claims that usually spike during the rainy season is for health insurance, owing to waterborne diseases that require hospitalization,” said Subramanyam Brahmajosyula, head, underwriting and reinsurance, SBI General Insurance Co. Ltd. Personal accident claims too see an uptick, though the numbers here are not as high as motor and health insurance claims. Lastly, home insurance claims see a jump from areas that witness very heavy rains and flooding.

But how many of us have the relevant covers in place? According to data from the Insurance Regulatory and Development Authority of India (Irdai), insurance penetration in India was a mere 3.69% in 2017. Insurance penetration is calculated as the first-year new business premium to the gross domestic product (GDP). With the low level of insurance penetration in India, it can be assumed that for every claim that reaches insurance companies, there would be several others who suffered due to disease or losses but had to bear the expenses on their own. If you fall in the latter category, it’s time to take adequate cover now. Here are four covers you must buy this monsoon season.

However, even a comprehensive motor insurance has certain limitations. The first limitation is that each year, the insured declared value (IDV) of a vehicle goes down. IDV is the price of your car minus depreciation.

The second is that damage caused to the engine if water enters it, a common issue during the rainy season, is not covered in all cases. “If a vehicle remains stationary in a waterlogged area and some water enters the engine, this can still be covered under a regular comprehensive policy. But repeatedly trying to crank the vehicle in such a situation leads to suction of water inside the engine, damaging it in the process. This is not covered under a regular comprehensive policy,” said Amit Jain, president, personal lines, bancassurance and affinity and marketing, Liberty General Insurance Ltd. Such engine damage is covered under specific engine protection policies. The premium for such policies is usually 0.5-1% of the IDV of your vehicle, Jain said.

Some people learn it the hard way when they realize at the time of a claim that they will not get any compensation for damages to their vehicle because they only have a third-party liability policy. For those who have a comprehensive policy, the amount they get is often not satisfactory, as they do not get the full value of the vehicle or damage due to depreciation, said Prakash Praharaj, founder, Max Secure Financial Planners, a financial planning firm. “For motor insurance, it is a good practice to have zero-depreciation as well as engine protection included in your policy to cover the risks like damage to the engine due to water-logging or damage to the vehicle due to a tree falling on the vehicle. Such instances are quite common during the rains,” he said.

The spread of waterborne diseases during the rainy season results in campaigns or awareness drives by insurance companies to market policies covering specific diseases.

Irrespective of the season, you need a health insurance with adequate cover. Remember that group policies provided by your employer may not be adequate or may leave you without a cover in situations of a job loss or job change.

Mahavir Chopra, director, health, life and travel insurance, Coverfox.com, an online insurance broker and aggregator, said some people prefer disease-specific policies to not disturb the no-claim bonus on their regular mediclaim policies. But is that a good strategy?

“A disease-specific policy that covers, say, only dengue is a little far-fetched. A waterborne diseases policy makes sense if you live in an area where the spread of such diseases is frequent. Such policies would have two benefits. First, the no-claim bonus in your primary health policy does not get affected. Second, a disease-specific policy could also cover your OPD and other expenses,” he said.

Accordingly, said Brahmajosyula, if someone has a mediclaim policy running for a few years, a waterborne diseases-specific policy may not be recommended. “The only thing to ensure here is that the sum insured is adequate,” he said.

Accidents can happen any time of the year, but the probability goes up during the rainy season due to issues like water-logging and potholes on roads, low visibility and slippery surfaces.

A personal accident policy may not pay for the treatment in case of an accident but will fill the gap in case of loss of income.

Damage to homes as well as its contents in case of a flood could result in heavy losses. In such a situation, home insurance can come to your rescue. At present, the adoption of home insurance is low in India, therefore the premiums are also low, said Chopra. “The average ticket size for a home insurance premium is ₹5,000-10,000 a year, which is very low when compared to the cost of the house and its contents,” he said.

But what if you live on a higher floor that won’t get impacted by floods? “At times due to heavy rains or floods, there is seepage and the electrical equipment in a house is damaged. We get a lot of claims where lightning has affected the television at home. This can also happen to other expensive equipment like air conditioners and refrigerators,” Jain said.

You may or may not need the four policies mentioned here, but it is important to take stock of the risks you face and cover them appropriately.