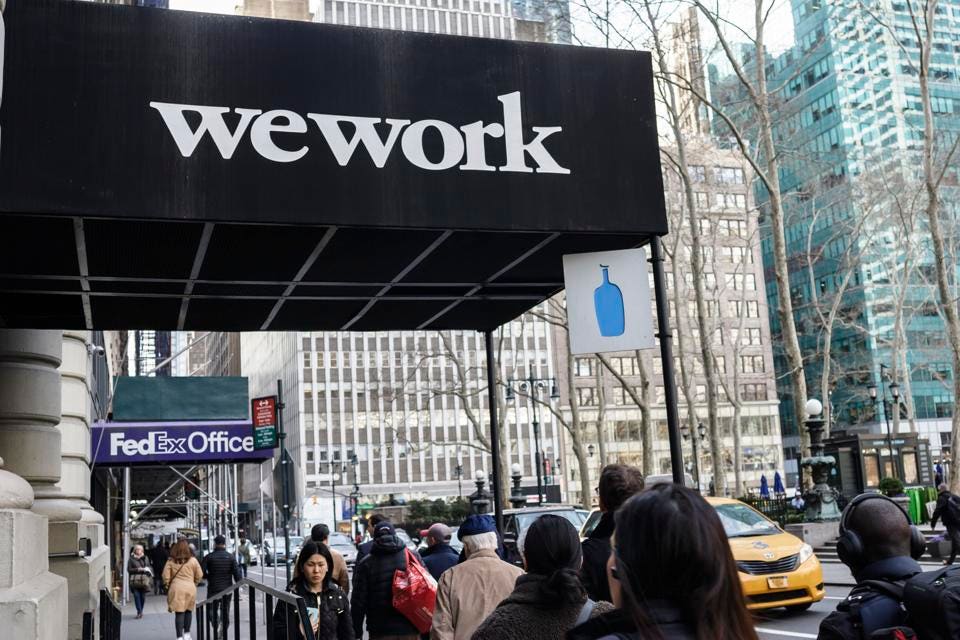 The We Company recently released its IPO prospectus. And it proved to be a particularly interesting one to dissect.

A brief disclaimer before we begin: let’s both agree that for practical purposes from hereon out I’ll refer to “The We Company” as its aforementioned name of “WeWork” for the remainder of this article. Many agree that “The We Company” can’t be said aloud without triggering a reactionary laugh. But far worse is trying to write “We” as a proper noun without creating complete chaos. We is a company with promise but we have yet to see profit materialize. What is happening with that sentence? I rest my case.

We (no pun intended) are now in a position to resume.

WeWork, valued close to $50 billion, is one of the most hotly anticipated IPOs this year, second only to Uber. Since it’s IPO prospectus was released, a lot of commentary circled around the fact that its prospectus positions it as a tech company. Twitter was alight with outrage that its S-1 filing used the word “tech” almost 125 compared to tech counterparts, like Facebook, which clocked in at just over 100.

But assessing the soundness of a business is much more difficult that cherry-picking a funny fact from its prospectus.

Before diving into the economics, let’s look at WeWork’s business at a conceptual level. At its most basic level, the concept of WeWork does actually aim to solve a painful problem. Real estate, especially in large cosmopolitan cities, is notoriously costly and difficult to manage. And WeWork, in theory, does aim to solve that particular pain point.

If you’re a business and you want your staff to co-locate in a space, you have two options. You could either rent a space, or you could buy one instead. If you rent, the length of leases for corporations tend to be multi-year agreements with little negotiating leverage and a very expensive operating expense. Alternatively, you could choose to buy, but that ties up funds in capex, funds that you may or may not even have. Either way, your operating or investing cash flow take a hit.

You don’t need to look far to understand how detrimental real estate expense can be to a business. Look at your local bodega or local bookstore that can no longer afford rent. Personal expenses aren’t any different. One of the biggest financial questions people ask themselves is whether to rent or buy.

All of this to show: 1) Real estate is a meaningful problem, and 2) WeWork at least deserves some credit for identifying that it’s a problem and attempting to fix it.

But an idea isn’t worth very much if it doesn’t work in practice. WeWork has an arguably strong value proposition, but the business case and economics are much less clear. And from a business perspective, there is reason for concern.

I’m afraid that isn’t the end of the story. Arguably, the most worrying data-points are those that are dip into the question of ethics.

The most interesting question to ask of a business is how much do customers love your product or service. I began asking around to everyone I knew who works at WeWork to learn about their experience. Their answers were surprisingly tepid. The general sentiment could be summed up as “fine.”

One person told me the decor was just too jarring. One complained about the reverberation and echo of the glass walls — that working at a WeWork is like working in conjoined fishbowls where nothing is private. They ultimately resorted to taking confidential calls from home, instead. Another, interestingly, said that while the environment is meant to foster collaboration, in practice it does quite the opposite. It’s irritating to be on a call next to someone else who is also on a call. Each person ends up resenting the other as they shoot off occasional death stares. All of them complained, and not a single one sang praise.

Customers and prospectus alike suggest WeWork has yet to prove that it can bear out its promise both on paper and in practice.