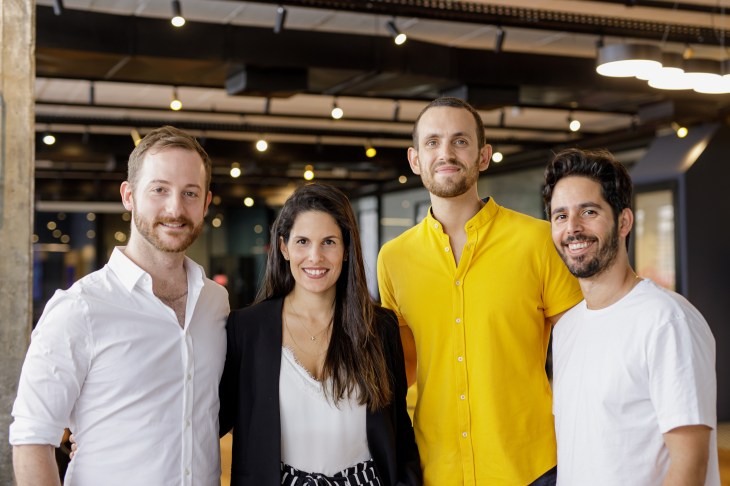 Jolt, an education startup that describes itself as an alternative to traditional MBA courses, has raised $14.1 million in Series A funding.

The round is led by Balderton Capital, with participation from Hillsven Capital and Octopus Ventures. It brings Jolt’s total funding to $23.3 million in three years.

The company plans to use the additional capital to continue expansion across the U.K., and Israel, and to enter the U.S. with a first campus in Manhattan. It currently operates three sites in London (Shoreditch, Soho and Liverpool Street), claiming to have more students than London Business School, and seven across Israel.

“Higher education is in a bubble in which trillions is being invested in something that works for a small minority of people,” says Jolt co-founder and CEO Roei Deutsch. “A staggering $2.3 trillion a year is invested into higher education despite the fact that data shows 79% of graduates don’t believe it’s working as it should… At Jolt, we’re creating a high-end, in-person, widely global and affordable higher education platform that people can actually see as an alternative to traditional higher education”.

Jolt says its business courses are aimed at professionals with undergraduate degrees and at least two years work experience, or three years experience without a degree, who have typically reached a point in their career when they want up-skill in order to move up the career ladder or move into a new industry, but don’t want to put their life on hold to re-enter education.

With Jolt, students only accumulate (and pay for) the classes they need to build their own diploma and if they don’t want to complete the full program, they don’t have to. Operating on a monthly rolling basis, courses can be “paused,” too,” so as to make them manageable, both financially and in terms of time management.

“Students sign up for lessons via the Jolt app and attend these lessons at their nearest campus,” explains Deutsch. “Lessons are offered outside of traditional working hours, largely in the evening, to help people study alongside their day job. Once they’ve completed a lesson/section, they are given a qualification that can be used straightaway, or put towards part of a wider diploma. These lessons and workshops revolve around practical application of the skills, debates and discussions, role-playing and other interactive tasks”.

Deutsch describes Jolt’s instructors as “highly skilled professionals who are currently working for some of the world’s biggest and most innovative companies,” including Google, Netflix, TrustLab and others. “This ensures our curriculum is as up-to-date and as relevant as possible,” he says.

“We have a thorough streaming process for hiring lecturers so we only use the very best talent, and at the end of each lesson, students rate the content and delivery to create a constant feedback loop that ensures quality and value for money for our students”.

Price is another area where Jolt wants to put pressure on traditional higher education. It says that a Jolt “NAMBA” (Not an MBA) program, for example, costs £175 a month, or £4,500 in total, which it claims is more than six times cheaper than traditional U.K. MBAs, which, unsubsidised, cost on average £30,000. “This is before you factor in the loss of earnings caused by traditional, inflexible two or one-year courses,” says the company.

Adds the Jolt CEO: “During our time in the Israeli Defense Forces, we were astonished at how regular people could be turned into intelligence officers within months, demonstrating that the military and other government organisations are effective at training people while the rest of the population is seemingly suffering from education that’s not always good enough. This led us to question why traditional, centuries-old private and government-led educational institutions seem to struggle to achieve such results, which motivated us to build an alternative higher education option”.