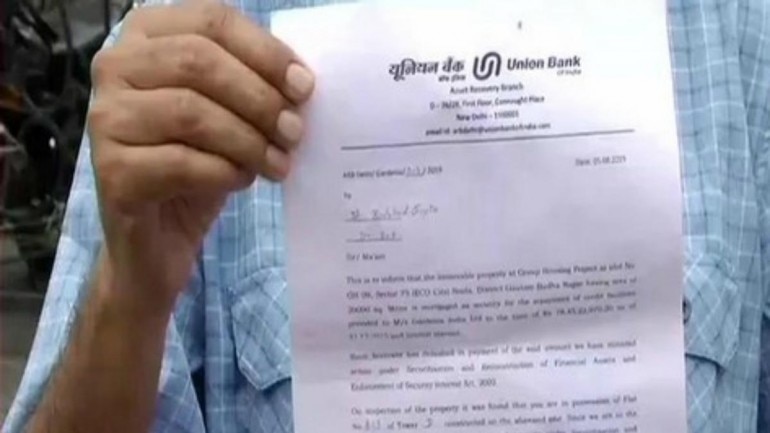 Residents said they have received a notice in which the bank says that the property is mortgaged against the loan. (ANI)

Apartment Owners’ Association president BS Lavania said, “We are living here since 2016 and have already paid the full cost of flat to the builder. Now we have received a notice in which the bank says that the property is mortgaged against the loan. The builder has dues with the bank but instead of serving him a notice, they are asking us to vacate the flat. We have approached the bank but they said that as per mortgage condition it is their property. We have also complained to the police”.

Priyanka Kaushik, resident of flat told ANI: “We have got a notice from a bank which was regarding the recovery of this plot. The builder has given this under the mortgage against the loan of 78.45 crore and they haven’t been able to pay back. The notice, however, is addressed to all flat owners.

We have been asked to vacate the property by August 20. Our issue is why we buyers who are legally authorised to own this property being served notice for financial irregularity of builder.”

She also said that they also held a short meeting with a builder who has assured them that he will pay the money and take care of the situation.

The buyers also said that they have already complaint to RERA and they are planning to approach Debt Recovery Tribunal and Allahabad High Court.