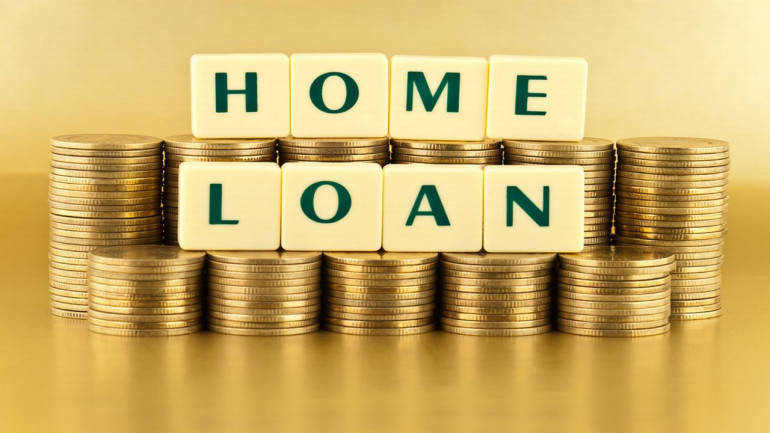 If you are planning to buy your dream home using the 25:75 scheme, wherein the builder bears the interest burden for a specified period, there is some bad news for you.

The National Housing Bank (NHB), the regulator for housing finance companies (HFC), has banned such products. “HFCs are advised to desist from loan products involving servicing of the loan dues by builders/developers etc. on behalf of the borrowers,” read the circular issued by the NHB, dated July 19.

Thus, developers cannot service loans on behalf of property buyers and loan disbursement will strictly be linked to the progress in the construction of the property.

The subvention scheme allowed a buyer to purchase a property by paying a fraction of the property price. In the traditional home loan products, the bank hands over the loan amount to the builder as the construction of the property progresses. Meanwhile, the home buyer starts paying his equated monthly instalments (EMI) to the bank.

The subvention scheme, on the other hand, gives a large part of the loan amount to the builder, which then pays the interest on loan availed every month to the HFC, till the buyer gets the possession of the property.

It was a win-win situation for all, thus far. Property buyers were told that they need not worry about EMI payments till they get the possession of the house. Those already shelling out rent did not need to worry about paying both the rent (for the place where they stay) as well as the EMI for the under-construction property. HFCs were thus getting traction in an otherwise depressed property market. Funding starved developers got both cheap funding and property sales.

“A typical developer would get funding at an interest rate of 16 per cent to 22 per cent. Rarely, you find good names in the realty business raising money at around 13 per cent. But if the developer borrows in the name of the property buyer under a subvention arrangement, then the rate of interest applicable would be that of home loan – around 8.5 per cent to 9 per cent, depending on the borrower’s credit profile,” said Sukanya Kumar, founder and CEO of RetailLending.com – a home loan advisory firm.

That was a huge saving in interest cost for the developers. Also, it boosted the property sales in a slow property market. Even those who could not afford to service loans paid a fraction of the amount and booked properties. However, there are a few issues that cannot be ignored.

What if the developer stops servicing the loan? What if the project is delayed? “Property buyers in subvention schemes must understand that they are co-borrowers in these arrangement. If the developer does not service the loan, the liability passes on to the home buyer. More importantly, their credit scores go for a toss, making them ineligible for loans in the future,” pointed out Sukanya Kumar.

‘Possession’ itself was a tricky affair. Some developers would hand-over the ‘fit-out possession’ paper to their buyers. In these cases, the developers would simply handover the keys to the property buyers without obtaining the occupancy certificate from the competent authorities.

This is not legal. In many cases, even if buyers protested, developers would inform the HFC that they have handed over the flat. While the developer and property buyer fight over who should be paying the loan dues, the credit score of the borrower would go for toss. Many lenders use the rule, ”if there is even one default or late payment in the last 12 months, then such a loan cannot be refinanced.” In such cases, the borrowers would not be able to refinance their loans to take advantage of lower interest rates, if available in the market.

There were cases of developers using the funds received for purposes other than constructing homes that they sold. These would include funding land acquisition, using the amount for some other projects or even taking it for personal reasons. However, after the introduction of the Real Estate Regulatory Authority Act (RERA), many of the malpractices pertaining to the misuse of funds have been curbed.

The current circular from the NHB now puts a blanket ban on these products. In 2013, the Reserve Bank of India banned such products offered by banks. In July 2016, the NHB too had clearly advised the HFCs to link the disbursement of home loans to construction of the property in question and upfront disbursements were banned. However, there were many products being offered by HFCs and developers. “Several complaints continue to be received by NHB in relation to the aforementioned housing loan products. Further, instances of frauds having been allegedly committed by certain builders using subvention schemes have also been brought to the notice of the NHB,” said the circular issued by NHB. While the July 2016 circular directive was merely an advice, NHB’s July 2019 statement bans such home loan schemes outright.

Though this decision of banning these products comes as a big blow to all stakeholders, it will definitely curb the risks associated with these loans and protect the interest of the property buyers.

“As per the budget announcement, HFCs will be regulated by the Reserve Bank of India. This decision of NHB is a step in the direction of providing a level playing field for both banks and HFCs,” observes Satyam Kumar, founder and executive director of Pune based LoanTap Financial Technologies.

“It is a welcome step in the right direction by the NHB. This will curb the malpractices done by the developers and the interests of property buyers will be protected,” said Ajay Jaiswal, head compliance, IIFL Home Finance. However, there are a few voices of dissent too.

“Instead of a blanket ban on these products, it would have been better had the regulator identified the gaps and slippages and then put out clear terms and conditions to offer such products. This would have worked for developers and HFCs which are keen on compliance to fair practices and would have saved the property buyers of the EMI burden,” said a senior real estate professional who does not want to be identified.

Market participants believe that the existing loans disbursed will continue as per the loan agreement. Property buyers who availed of such products must go through their loan and property purchase agreements, if they have not done it earlier, to decide their future course of action. In 2013, when the RBI banned these products, there was a brief window kept open by most banks to complete the documentation for disbursement of loans, in cases where the loans were sanctioned but not disbursed. However, individuals should contact their HFC for clarity if they have a sanction letter for such a product but have not opted for disbursement.

“The subvention products were used to nudge the potential property buyer to buy a property. As these products are banned, to boost the sales, some builders may cut prices to attract buyers,” said Satyam Kumar.

If you are still at the drawing board when it comes to buying your dream home, it is better to wait and watch. A weak real estate market during the monsoon season and the ongoing price correction can offer a good opportunity to buy your dream home, a month or two down the line.