Ace shuttler PV Sindhu today flew in the indigenous Light Combat Aircraft Tejas, at the Aero India 2019 air show in Bengaluru. Ms Sindhu, who is among the youngest to co-pilot the HAL-manufactured fighter jet, waved as she climbed into the two-seater trainer variant of the aircraft.

Describing her experience, Ms Sindhu said she was honoured to have taken this flight. “It was definitely a great experience, great opportunity and I am really honoured. The captain showed me all the maneuvers,” she said, speaking to reporters at the Yelahanka air base.

Ms Sindhu flew in Tejas with Wing Commander Sidharth Singh in the front seat flying the aircraft for most of sortie. “She could quickly adapt to the height and speed. We carried out some attacks at a dam nearby. She flew for about 5 minutes herself,” the wing commander said. 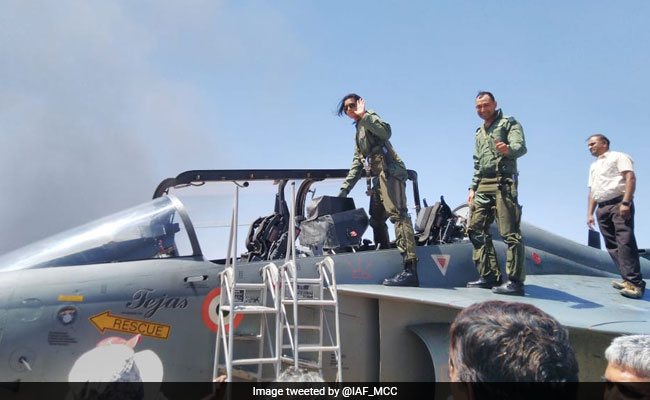 Aero India 2019: PV Sindhu waved before taking off for a sortie in the Light Combat Aircraft – Tejas.

The badminton star flew in the Tejas fighter jet as part of the Women’s Day on the fourth day of the air show held at the Yelahanka air base. “Three women IAF fighter pilots will also fly Hawk-I advanced jet trainer of BAE Systems plc and an upgraded version of the Russian-made MiG-21,” an official was quoted by news agency IANS.

“The ‘Women’s Day’ will showcase women’s achievements in the aerospace sector, an all-women crew will fly Dornier and Avro aircraft and participate in panel discussions at the venue,” said the official. The biennial event ends on February 25. 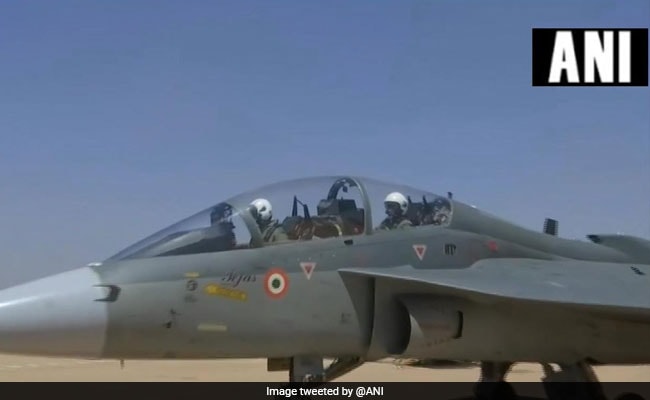 Aero India 2019: PV Sindhu flew in the Tejas fighter jet as part of the Women’s Day at the air show

Earlier this week, Army Chief General Bipin Rawat also flew in the fighter jet, known for its agility, being the smallest and lightest multirole supersonic fighter jet in its class.

“I think it’s a wonderful aircraft. I would like to thank Air Chief Marshal BS Dhanoa for making this happen. We did some normal manoeuvres and the experience was great,” General Rawat told reporters after the 30-minute jet ride. 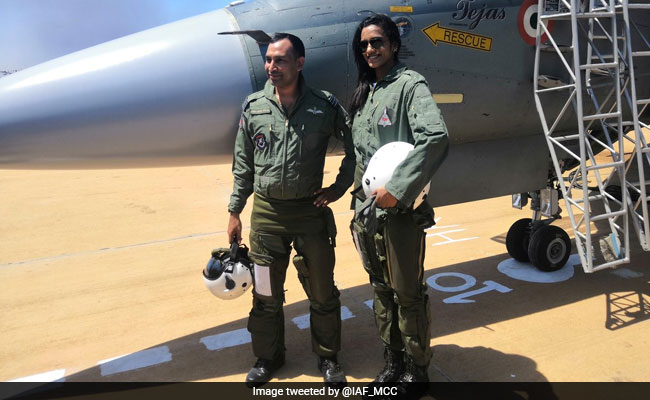 Tejas, built by the state-run Hindustan Aeronautics Limited, is a single engine multirole light fighter. LCA Tejas received the final operational clearance (FOC) for induction into the Indian Air Force as a fully-weaponised fighter jet at a special ceremony at the Aero India 2019. This means the aircraft can be used in operations by the air force.

Aero India, the air show being held at the outskirts of Bengaluru, is organised every two years. The logo for Aero India 2019 – a triangle in the colours of the national flag – is inspired by the Light Combat Aircraft Tejas, the organisers said on the official website.